Republican presidential hopefuls always clobber one another over immigration policy. This cycle has been no exception, with Scott Walker, Jeb Bush and others carving out their own territory. The winner is the Democratic nominee, who can use immigration as a powerful weapon against the eventual Republican candidate. Hillary Clinton no doubt sees the potential. While she has commented on little else, she has already promised that if elected she would go beyond President Obama’s questionable executive order.

The GOP needs to end the family drama and resolve the policy dispute, not least because it is the right thing to do in every sense—economically, politically and morally. With a world on fire and economic growth strangled by government regulation, it would be unacceptable for Republicans to lose a critical election over immigration. 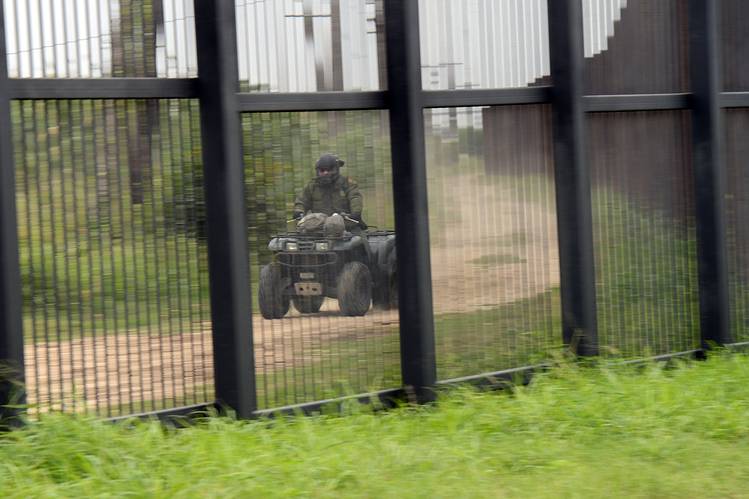 This isn’t a matter of finding the “right” candidate. The question is whether Republicans can unite around a set of rational principles. Here are a few that any serious contender should be able to support.

• Sovereignty. The U.S. has the right to determine the conditions under which noncitizens can cross its borders. The next president must work with Congress to make that determination, in accordance with the Constitution, which isn’t the path the current administration has chosen.

• Border security. One of government’s primary duties is to protect citizens. Given terrorism and organized crime—drug cartels, weapons and human trafficking—the federal government must secure the borders as a first step to reform. Even candidates perceived as more open on immigration agree.

Gov. Bush said in New Hampshire last month that “we need to control our border first of all.” Sen. Marco Rubio similarly acknowledged that Americans are not going to support immigration reform “until you show them—not tell them, you better show them—that illegal immigration is under control.”

• Enforcing our laws: The U.S. is a nation of immigrants, but also a nation of laws. The federal government must enforce our laws internally, penalizing those who overstay their visas, and implementing a universal verification system so employers can be sure they are hiring employees legally.

• Legal immigration policies should support economic growth. If current quotas are bringing in enough talent, let’s keep them. If more immigration or less red tape will boost the economy, let’s try that. Guest-worker visas should ebb and flow with the economy. Legal immigration should focus more on what workers can contribute to the economy, as is the case in most other nations, and less on distant familial relationships.

The best way to protect American workers is to generate economic growth. This is not synonymous with aggressively restricting immigration. Most studies conclude that immigration contributes to economic growth as well as innovation, and research and development. The American Enterprise Institute found in 2011 that “temporary foreign workers—both skilled and less skilled—boost U.S. employment” and that immigrants with advanced degrees working in science, technology, engineering and mathematics (STEM) fields “boost employment for U.S. citizens.” Every Republican who aspires to the presidency should acknowledge that immigrants of all skill sets can benefit the economy.

• Addressing the illegal population. The next president will need to work with Congress to establish consequences for violating our laws that are harsh enough to be meaningful but also reasonable. But with some 11 million people living in the U.S. illegally, every candidate should support a path to legal status—short of citizenship—for illegal immigrants willing to accept responsibility for their actions and take the consequences.

Such consequences could include passing a background check, paying a fine, demonstrating the ability to be independent of welfare, engaging in community or military service, learning English and taking an American civics course. Every option should be on the table, except amnesty, which forgives illegal conduct. It isn’t amnesty if immigrants admit wrongdoing and accept punishment.

• Citizenship. American citizenship is a privilege, not a right. Whether candidates support requiring people who are here illegally to return to their home countries to become citizens, or whether they propose allowing immigrants to remain in the U.S. and go through an arduous naturalization process, the privilege of citizenship is something worth protecting.

Candidates will disagree on the best way to implement these points. This is simply an attempt to set forth unifying principles that are easily articulated and essential if Republicans have a chance at winning the next presidential election. Absent rational immigration principles, the odds of winning aren’t very good.

Mr. Puzder is the chief executive officer of CKE Restaurants.